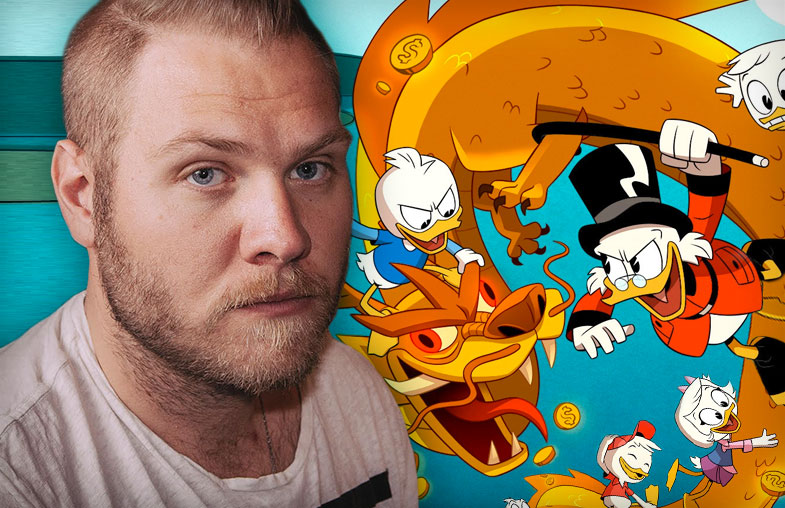 Dominic Lewis is an English-born film composer working in Hollywood. He studied at the Royal Academy of Music in London, and was mentored by and has worked with some of the most renowned composers in the world, including Hans Zimmer and Henry Jackman.

Right now, Dom’s composing for all of the first and second season episodes of Disney XD’s DuckTales series. It’s a dream project for him, as a fan of the original series, and one that lets him stretch his creative muscles in a variety of fun ways.

Outside of animation, Dom’s resume only gets more impressive. He’s done 3 seasons of the critically acclaimed Amazon series, Man in the High Castle. He scored Rough Night, The Duff, Fist Fight, and Money Monster – that last one alongside director Jodie Foster.

We talk about how he landed the DuckTales gig, and how he balances that kind of work alongside darker projects like Man in the High Castle. We discuss his musical and educational background. And we chat about the current state of theatrical composition, how it’s evolved and why some mainstream films, like superhero movies, seem to be lacking the recognizable and iconic themes of the past.