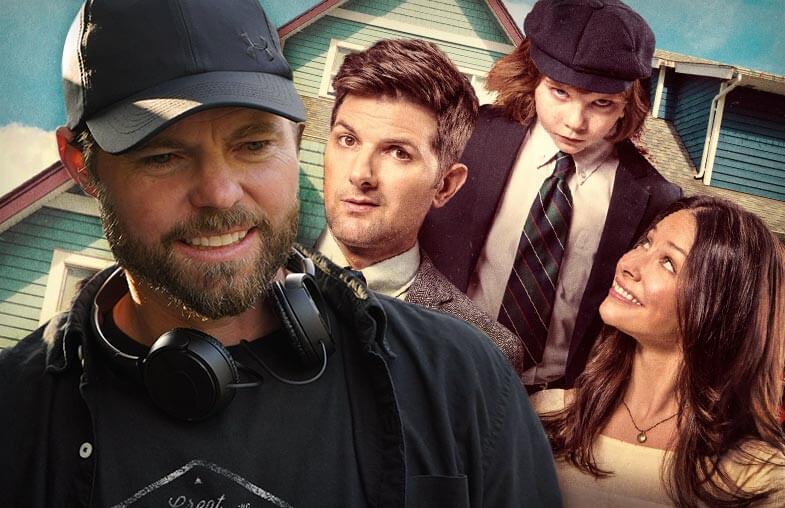 We’re joined this episode by filmmaker Eli Craig. His work may be familiar to you if you’ve seen the brilliant and hilarious 2010 horror comedy Tucker & Dale vs Evil, which Eli wrote and directed.

His new film, Little Evil, is an offbeat comedy about love, family, and The Antichrist, which just recently debuted on Netflix. Little Evil stars one of our favorite actors, Adam Scott, as Gary, a newlywed struggling to acclimate to the role of stepfather to his disturbingly bizarre step-son, Lucas. Even as his therapy sessions with other step-dads assure him that all children are a little evil, increasingly odd situations revolving around the boy drive Gray to believe Lucas might actually be the spawn of Satan.

We watched Little Evil the weekend it dropped on Netflix and found it highly entertaining. It’s full of loving homages to classic horror films, but the core of the film is a heartfelt examination of the difficulties of parenting. And it’s very, very funny.

Adron talks with Eli about the long journey of Little Evil, from big budget Universal picture trapped for years in development hell, to a breakneck production for Netflix. Eli explains the challenges genre mash-up films face when finding distributors and audiences. They talk about how he assembled a great cast of comedic talent, and a whole lot more. It’s a super fun chat, and Eli’s journey to making this film is really fascinating.

SPOILER ALERT: There are a fair number of spoilers for Little Evil in this interview, so you may want to watch the film before listening.