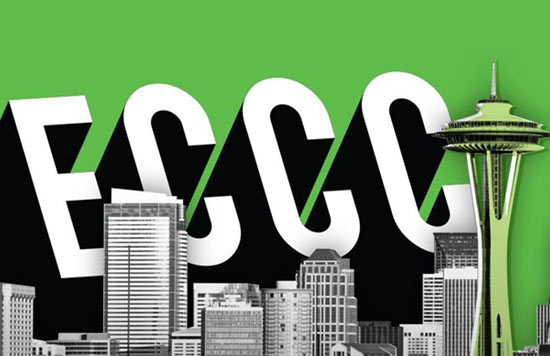 Nerd For A Living at Emerald City Comicon 2015

We are excited to announce that Nerd for a Living will be presenting a panel at Seattle’s Emerald City Comicon.

The show runs Friday, March 27th through Sunday, March 29th at the Washington State Convention Center. N4AL’s Wendy and Adron will be at the convention all three days. We are presenting our speaker panel on Saturday morning.

If you’ll be at the show, don’t miss this amazing line-up of guest speakers:

Do you want to work in a nerd-related industry, but you’re not sure how to break in? This panel of professional Nerds for a Living will share anecdotes and advice about a variety of careers within pop culture industries.

The Emerald City Comicon (ECCC) is the premier comic book and pop culture convention in the Pacific Northwest. The show features comic and entertainment creators, artist and exhibitors. She reprised her role as Wonder Woman in 2010 in the Warner Bros. DVD Superman/Batman: Apocalypse. Since then she has voiced the Amazon Princess in video games (DCUO & Injustice: Gods Among Us), features (Justice League: Doom) and television (Wonder Woman short). Isaac Marion was born near Seattle in 1981 and has lived in and around that city ever since. He began writing in high school and self-published three novels before finally breaking through with Warm Bodies.

He currently divides his time between writing, playing obscure instruments in obscure bands, and exploring the country in a 1977 GMC motorhome named Baleen.

Jaimie Cordero is the CEO / Artistic Director of Espionage Cosmetics, an all nerd, woman-owned business based in Tacoma, Washington, creating make-up for nerds, by nerds. Founded in 2011, the company has seen enormous growth in the niche nerd market. In the last year alone, Espionage Cosmetics has expanded from a living-room operation to a Tacoma-based studio space with 8 full-time employees, several part-timers and an army of interns. Bi-monthly product launches and fully produced ad campaigns pour out of the studio manned by a full-time wardrobe master/cosplay expert, an interns and conventions coordinator, and Jaimie. Her business card says Glitter Jedi. Claire Hummel grew up in LA, went to school in Rhode Island, and ended up in Seattle where she now lives with her two snakes, Xoco and Rodney.

Claire has worked in the games industry for the past six years, working on projects like Bioshock Infinite, Sunset Overdrive, and Fable Legends, and now works as a production designer for HBO digital products. She’s pretty psyched about it. Amanda Nuckolls, Founder and Chief Executive Gnome at GnomeAcres, has been making art using various mediums since the age of 3. She grew up in a family that owned an arts & crafts business and was often a regular contributor to the many products they offered. In 2009, after spending the 20 years around llamas and alpacas, she decided she would obtain her first llama, “Oh My Darling, Clementine”. The acquisition of Clementine, combined with her lifelong love of the agricultural world, playing outside and “making stuff”, helped to spark the idea of GnomeAcres. When GnomeAcres came to fruition in late 2009/early 2010, Amanda saw it as an opportunity to pursue her true passions.