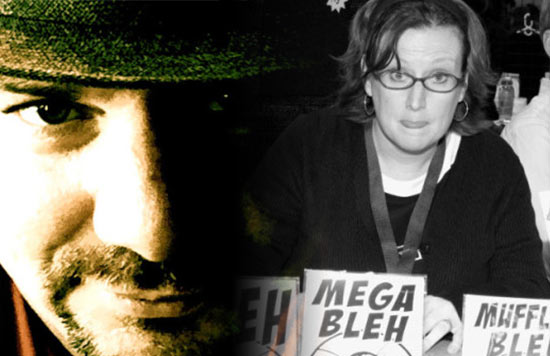 N4AL’s Wendy and Adron Buske talk with indie comic creators Rebecca Hicks (Little Vampires) and David Accampo (Sparrow & Crowe: The Demonaic of Los Angeles) about the craft of making and marketing comics, how to build and sustain a loyal audience, and how to carry over skills from your day jobs into your nerd passion projects. Networking and selling at San Diego Comic Con is a hot topic, and we veer all over the nerd culture landscape in this highly entertaining discussion. Rebecca is the writer/artist/creator of The Little Vampires, a long-running webcomic. She is a freelance artist and writer and founder of Lunasea Studios.

She specialized in Art at San Diego State University. Her work has been shown at the ArtLab Studios gallery in San Diego, and has been featured on the cover of San Diego CityBeat.

Rebecca also majored in English at the University of Kentucky, and had articles published for The Clay City Times and Kentucky Kernel newspapers.

The Little Vampires try to be as fierce and deadly as human sized vampires, but they fail spectacularly at it. This doesn’t prevent them from trying. They diligently practice their vampire poses and “blehs”.

They work very hard at trying to frighten The Cat. They attempt to to fly at every opportunity. They even try to feed like the big vampires do, but the most they can manage is hunting and attacking unsuspecting blood oranges. (They think that blood oranges have actual blood in them. Please don’t tell them otherwise. It would make them sad.)

Despite their continued efforts, the Little Vampires are perceived as more friendly than fierce, and more endearing than deadly. The co-founder of Habit Forming Films, an independent multimedia production company, David Accampo has pursued his creative vision as a writer, director, producer, and designer — creating and telling stories in a variety of media. He has won awards and garnered critical acclaim for his films and audio productions. He also currently acts as the Marketing Communications Manager at DataFlux Corporation, for whom he designs and develops marketing materials and campaigns for print, web, and video.

About Sparrow & Crowe: The Demoniac of Los Angeles:

Once a popular psychologist and best-selling author, Dr. Xander Crowe began a downward spiral after he failed to save the life of Samantha Holloway—a young girl possessed by an ancient Assyrian demon called Adramelech. The tragedy has haunted Crowe since, reducing the once respected analyst of the mind to a drunken, two-bit occult detective, scraping together a living by performing séances and minor exorcisms with the help of his assistant, the gothic hacker-magician called Sparrow. A second altercation with Adramelech has cost Crowe his right hand—which has been gruesomely replaced with a petrified “Hand of Glory.” The hand—which is kept gloved despite its occasional, twitchy movement—imbues Crowe with certain occult abilities, but its origin and ultimate purpose are shrouded in mystery.

Sparrow & Crowe: The Demoniac of Los Angeles is a 5-part story arc written by Wormwood creators David Accampo and Jeremy Rogers with art by Jared Souza. The mini-series follows Dr. Xander Crowe and Sparrow as they become entangled with Los Angeles mob boss Joseph “Don” Marino, whose daughter becomes possessed by an entity that Crowe believes is the demon Adramelech, returned to torment him once again.