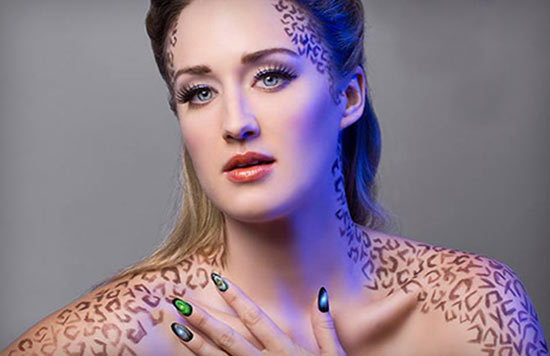 This week, N4AL’s Wendy & Adron talk with the crew at Espionage Cosmetics. Espionage is currently in the middle of their second Kickstarter campaign, looking to crowdfund the next wave of their innovative nail wraps, new licensed products and company expansion. Get in on the action here. In 2011, Jaimie stepped aside from her award-winning professional makeup career in film, TV, and web to start a business around her interests, quickly recruiting an intensely passionate, hard-working team to make awesome niche makeup accessories. A year ago, they crowdfunded a new line of products via an immensely successful Kickstarter campaign. Now Jaimie & company look to do it again with an ambitious new campaign, new product licenses, new innovations and a growing staff devoted to making awesome makeup for awesome fans.

With years of research in power-up sequences, color combinations, comic book storylines, and guild etiquette, this team takes Espionage versatility to a whole new level. Their passion for their work shines through, and the relentless enthusiasm for their customers and all things nerdy will endear even the non-makeup wearing geek.