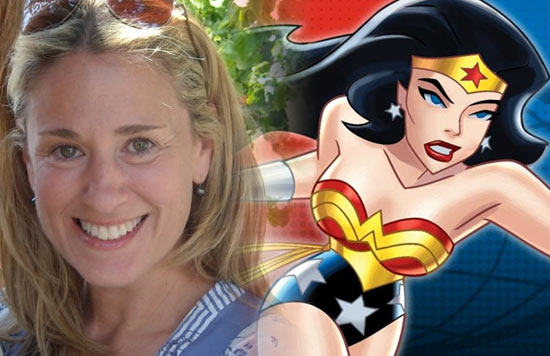 At the 2014 GeekGirlCon in Seattle, Washington, N4AL’s Wendy Buske sat down with the fantastic Susan Eisenberg, perhaps best known as the voice of Wonder Woman in the DC Animated Universe, to discuss her career as a voice actress, the industry and opportunities within in, and what it was like bringing an iconic comic book character to life.

A fan-favorite of Justice League aficionados, Susan also joined us for the “How to be a Nerd for a Living” panel at GeekGirlCon, thrilling the crowd (and her fellow panelists). 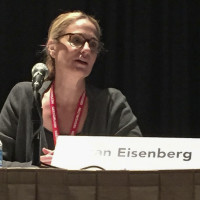 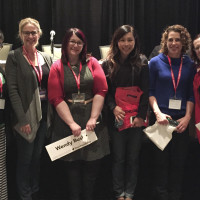 The How to be a Nerd for a Living panelists: Jaimie Cordero, Susan Eisenberg, Wendy Buske, Jina Heverley, Heidi Gaertner and Rebecca Hicks 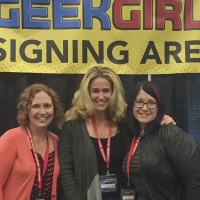 Amanda Nuckolls of GnomeAcres, Susan Eisenberg, and Wendy Buske of Nerd for a Living 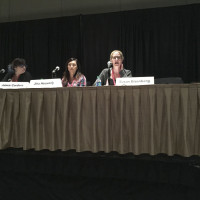 The How to be a Nerd for a Living panel 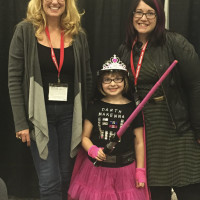 Susan is a professional voice-over artist known for her animation and commercial work. Her breakout role was that of Wonder Woman, aka Princess Diana, in the acclaimed Justice League and Justice League Unlimited television series. Eisenberg continued her animation work in cartoons such as the Jackie Chan Adventures (Viper) and The Super Hero Squad (Power Princess), as well as in the video games Star Wars: The Force Unleashed (Shaak-Ti), Jak II (Ashelin), Daxter (Taryn), Elder Scrolls V: Skyrim, Mass Effect 3, and Destiny (Human, Female Player).

She reprised her role as Wonder Woman in the 2010 Warner Bros. DVD Superman/Batman: Apocalypse. Since then she has voiced the Amazon Princess in video games (DCUO & Injustice: Gods Among Us), features (Justice League: Doom) and television (Wonder Woman short).