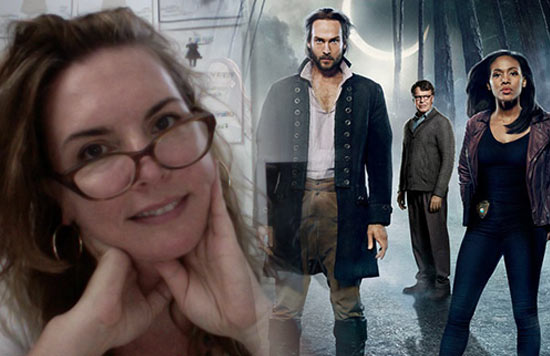 In this episode, Wendy and Adron talk with professional costume designer and author Kristin M. Burke! Kristin just finished a two season run on the immensely popular Fox television series Sleepy Hollow. And though that show has exposed her work to a broad new television audience, she’s better known for a resume of over 50 films, including The Conjuring, Seeking a Friend for the End of the World, Insidious (1 & 2), Beverly Hills Chihuahua 2, Sex Drive, Crazy, Bring it On Again and many, many more. We discuss her path to a career in film and TV, the challenges of working on television production schedules versus that of movies, and the great number of unique jobs available in the costume departments of major productions. Kristin is funny and delightful, and she gives us a glimpse inside an aspect of filmmaking we rarely see outside of a few minutes in DVD extras.