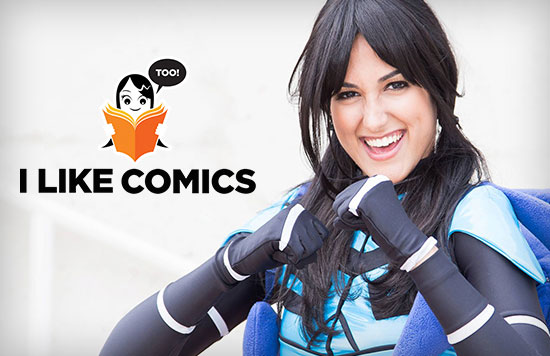 In this episode, Wendy and Adron talk with Marlene Bonnelly, who you may know better by her handle @ilikecomicstoo on YouTube, Tumblr, Twitter and across the social media universe. As the editor-in-chief of Comics.Tumblr.com, Marlene helps curate and create content, and often introduces their large Tumblr audience to independent comic creators. She is also part of a team that engages users to help build relationships and encourage communication on Tumblr. And that’s all on the side of her actual day job as part of Tumblr’s legal team.

During this conversation, Marlene shares valuable tips for how creators can use Tumblr’s attributions, and how users can get help from Tumblr’s team when their work is stolen or being shared without credit.

Marlene has also worked for Marvel, MTV, and Wizard World. She was featured as the “comic book nerd” on MTV’s My Life as Liz show in 2011.

Marlene’s a YouTube partner that shares videos spanning comics reviews, creator interviews, and a wide range on other nerdy stuff. She’s an advocate for diversity and anti-harassment in media, and has done panels at SDCC and NYCC discussing both.