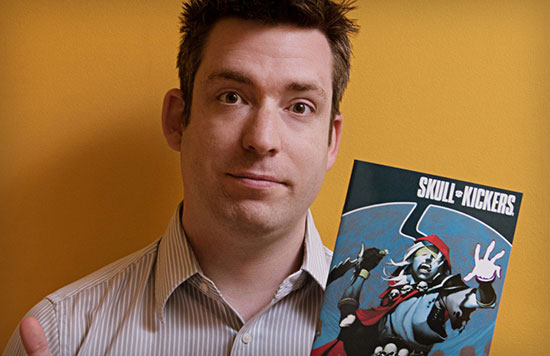 In this episode, Wendy and Adron talk with writer, artist, and college instructor Jim Zub. Jim is a Canadian comic writer probably best known for his creator-owned books at Image Comics, including Skullkickers and the current ongoing series Wayward.

This spring, Jim has two new comic series hitting shelves. The first, Thunderbolts, arrives in May, reviving the popular Marvel team of super villains turned sort-of heroes. The other is Dungeons & Dragons: Shadows of the Vampire, a new series from IDW set in the classic D&D horror universe, Ravenloft.

Jim is also an art instructor, and is the program director for Seneca College’s award-winning animation program in Toronto.

We talk with Jim about how he turned an early career in teaching and animation into a job in comics, and first building his notoriety through webcomics. We discuss what it really means to do professional networking, by building your reputation amongst your peers as someone who is dependable, qualified, and capable. And we talk about balancing careers in an evolving creative economy where some audiences are reluctant to pay up front for their entertainment.