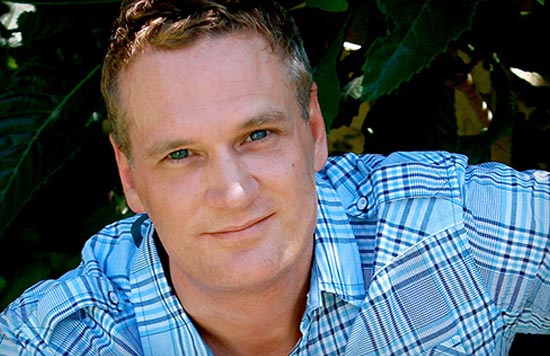 In this episode, Adron talks with John Ottman, composer AND film editor for the upcoming blockbuster, X-Men: Apocalypse, directed by Bryan Singer. This past week just saw another release featuring John’s musical score, The Nice Guys, from director Shan Black.

John and Bryan Singers’s collaborations go all the way back to The Usual Suspects, with John providing music and editing. Their movies together include Apt Pupil, X-Men 2, Valkyrie, Jack and the Giant Slayer, Superman Returns and X-Men: Days of Future Past. But John’s extensive resume runs across almost all genres, with films like Cable Guy, Halloween H20, Gothika, the first two Fantastic Four movies, Astro Boy, The Losers, Non-Stop and a TON more.

In this conversation, John and Adron discuss the challenges of doing double duty on a HUGE project like X-Men: Apocalypse. They talk about his long history working with Bryan Singer, the tools John uses to compose music, and why he does not conduct the orchestras performing his scores.

John Ottman holds dual distinctions as a leading film composer and an award winning film editor. Ottman has often completed both monumental tasks on the same films. Such remarkable double duties have included The Usual Suspects, X-Men 2, Superman Returns, Valkyrie, and Jack the Giant Killer. He has also held producer roles on several of these films, as well as directing, editing and scoring Urban Legends 2.

From an early age in San Jose, California, Ottman began writing and recording radio plays on cassette tapes. He’d perform many characters with his voice (and some sound effects), and called upon his neighborhood friends as extra cast members.

By the fourth grade, Ottman was playing the clarinet and continued doing so throughout high school. But his real concentration turned from audio productions to making films. He turned his parents’ garage into a movie studio, where multiple sets were interchangeable to accommodate productions – invariably some sort of science fiction film. By high school, his films evolved to hour-long productions complete with large sets and lavish scores edited together from his favorite soundtracks.

Having been a veteran of numerous short films, Ottman excelled at USC film school, receiving accolades for his direction of actors and for how masterfully he edited their performances. It was in this directing course that a graduate filmmaker asked Ottman to re-edit his thesis film. John modified the story from raw footage and also designed the film’s extensive sound. The film ended up winning the student Academy Award. On that film, Ottman met a production assistant named Bryan Singer.

Singer, only aware of Ottman’s editing (Ottman stayed awake into the wee hours learning midi gear and composing music), asked him to edit a short film starring Ethan Hawke – a childhood friend of Singer’s. Ottman ended up co-directing the film (Lion’s Den) as well as editing and doing the sound design.

Ottman edited Singer’s first feature, Public Access. His effective sequences and editorial montages became the highlight of the picture. In the eleventh hour, the film lost its composer. Singer asked Ottman to write the score, after much prodding from the editor. Public Access received the Grand Jury Prize at the 1993 Sundance Film Festival, with the score and editing being lauded in reviews.

With The Usual Suspects and future Singer films, Ottman held to a promise that, despite his scoring dreams, he would commit to the months required to also serve as editor on Singer’s films. The wary producers of The Usual Suspects gave the go-ahead for him to both edit the complicated picture and write the score, the demands of which no one had undergone. The film was edited in Ottman’s living room on a Steinbeck flatbed and a splicer. The Usual Suspects and Ottman’s work received widespread acclaim, earning Ottman the British Academy Awards for his editing, a Saturn Award for his score, and a nomination by the American Cinema Editors.

Since then, Ottman has scored numerous films with the intent of keeping thematic film scoring alive. Ottman also made a brief foray into television for which he received an Emmy nomination (“Fantasy Island.”)