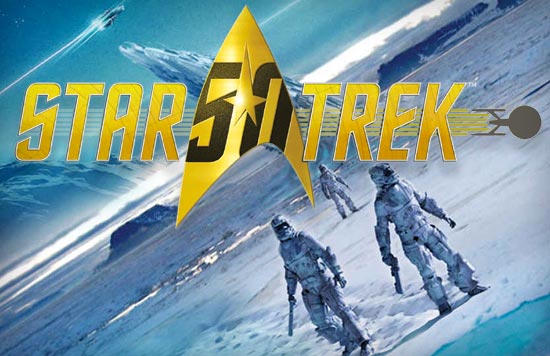 During Kansas City’s Planet Comicon 2016, Adron had the chance to chat with author Dayton Ward. A prolific writer with dozens of books, novellas and short stories spanning a twenty-year career, Dayton is probably best known as one of the core writers of the Star Trek novels. Along with his frequent co-author Kevin Dilmore, Dayton writes within the canon continuities of the original Star Trek series, Next Generation, and more. He has also developed new crews and characters to boldly explore the well established Star Trek universe with fresh perspectives.

Dayton’s latest Star Trek work includes the recently released Elusive Salvation, the sequel to his 2013 novel From History’s Shadow. August sees the release of Purgatory’s Key, in which he and Kevin Dilmore finish a trilogy of novels started by authors Greg Cox and David Mack. And coming out on July 19th is another interesting Star Trek project – the Hidden Universe Travel Guide: Star Trek: Vulcan. If you’ve ever used a travel guide while on vacation, this book is exactly like that, but set in the Star Trek universe.

Dayton’s work is not confined to Star Trek, though. He has a number of creator-owned novels and series, and works across other licensed properties. He has a short story in the anthology 2113 – Stories Inspired by the Music of Rush, which is out now. And August 23rd sees the release of his novel Trial By Fire. Based on the popular TV series 24, this original novel follows Jack Bauer before he joins the CIA.

We talk about how Dayton kickstarted his writing career by entering a publisher’s contest back in the ‘90s. We explore the pros and cons of writing licensed work, while having to please the fanbase and the protectors of the intellectual property. Dayton explains how he works with a co-author while balancing numerous projects, and we talk about Twitter and the social media styles of professional creators.

In his own words…

I used to be a software developer and analyst, having become a slave to Corporate America after spending quite a bit of time in the U.S. Marine Corps. Why did I join the military? Pretty simple, really. I’d gotten tired of people telling me what to do all the time, and was looking for a change. Whoops.

In truth, I joined for a handful of different reasons, from carrying on a family tradition to wanting a challenge unlike anything else I’d faced to that point to simpler stuff like just wanting to see the world. I’m proud of my time spent in uniform. I gave Uncle Sam eleven years, and he gave me a long list of skills and experiences that continue to serve me to this day. I think I got the better end of that deal by a fairly wide margin.

In September 2014, I said goodbye to my day job and embarked on a bold new journey as a full-time writer.

Though I’ve written a bunch of short stories and novels on my own, I’ve written a lot more in collaboration with my friend and fellow author, Kevin Dilmore. What types of stories do I like to write? Pretty much the same kind I like to read: Engaging plots with interesting characters. Oh, and I’d like for the stories not to suck. Whether I actually succeed in making it over that bar is for you to decide.

I write content for magazines and web sites as the opportunities arise. You’ll find my stuff in Star Trek Magazine and on sites like Tor.com and StarTrek.com. I’m also a regular contributor to a “writer’s blog” called “Novel Spaces,” with an eye toward providing insight and advice on various writing topics. There are several contributors to the site, representing a broad spectrum of genres and writing backgrounds. Go give it a look; it’s a nice place to hang out.

I was born and raised in Tampa, Florida, but fate and circumstances have seen to it that my family and I now call the Kansas City area home. My wife spends a great deal of time and effort as a volunteer K-9 handler and search & rescue tech, training along with other volunteers in order to assist law enforcement when searching for missing persons. As you can imagine, there are a few story ideas to be gleaned from that.

I’m also the proud papa of two beautiful daughters. If you hang around me for any length of time, you’re going to have to deal with me bragging about them on occasion. That’s the price you pay, yo.