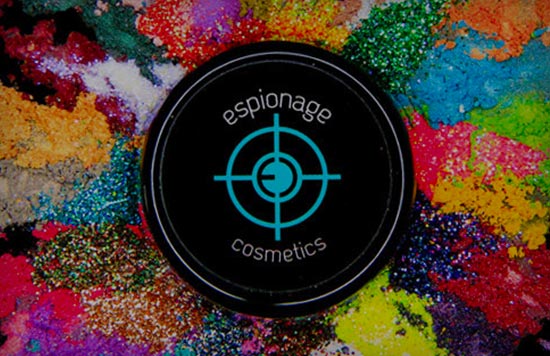 This episode features the return of our friends from Espionage Cosmetics! Espionage is a nerd makeup company based out of Tacoma, Washington. They make a line of beautifully designed nail wraps and makeup products, and have been adding a number of really cool licensed properties to their offerings, including Borderlands 2, Clive Barker’s Cenobites, and The Wicked and the Divine.

Adron talks with Espionage Cosmetics CEO & Glitter Jedi, Jaimie Cordero, and their PR & Social Media Oracle, Christal VanEtten. Jaimie & Christal first appeared on our show way back in Episode #22. When we talked to them then, they were in the middle of a giant Kickstarter campaign that eventually raised over $144,000. Initially created to help them produce advanced nail wrap products, that crowdfunding success paved the way for a new bi-monthly subscription service, BOOM!Box, and a brick-and-mortar retail location, the Geek Boutique. Espionage Cosmetics has now spread their nerd domination with an additional subscription service, Nexus, which delivers two exclusive nail wrap designs to your door each month. And they’re appearing at pop culture conventions around the country, bringing the joy of glitter and – honestly – the best squad of nerd ambassadors around.

Adron talks with Jaimie & Christal about the expansion of the Espionage business model. We discuss the power of a great team, how they leverage social media, and the excitement of creating a product that makes their customers so happy. And we start off by recapping Christal’s experience meeting an iconic makeup inspiration – Elvira – at a recent convention.