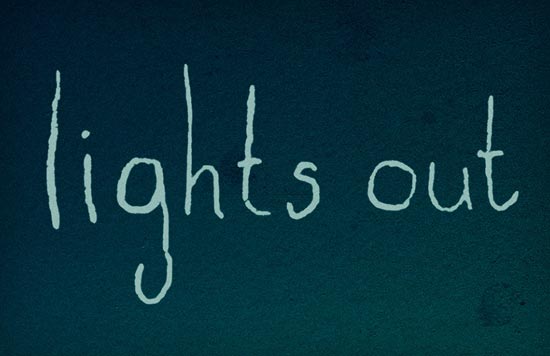 Adron had the chance to sit down at San Diego Comic-Con for a chat with producer Lawrence Grey. Lawrence was at SDCC to help promote the opening of his new movie, Lights Out, an indie horror thriller from first-time feature film director David Sandberg.

Lights Out began as an independent short film, created by Sandberg in his native Sweden. The super creepy, dialogue-free horror short caught fire online, with powerful tension and scares in its taut 3-minute runtime. Lawrence discovered it, decided to collaborate with Sandberg to bring it to the big screen, and enlisted help from James Wan, the director of horror mega-hits Saw, Insidious, and The Conjuring films, as well as international blockbuster Furious 7. They also assembled a talented cast, including Teresa Palmer, Billy Burke, and Maria Bello.

Lights Out was produced on a micro budget, just $5 million dollars, but last weekend it opened with a stellar $21.6 million at the box office. With great reviews and word of mouth, it’s estimated for a $50 million dollar domestic run, which is huge business for a little horror film.

Lawrence and Adron talk about this remarkable Hollywood story, from YouTube short by an unknown director, to a silver screen success. And we discuss putting together a dream-team of professionals from big budget blockbusters who saw something special in this unique premise. Lights Out is in theaters now!

More about Lights Out