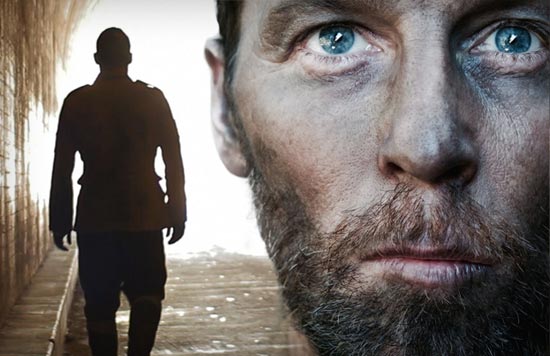 In this episode, Adron has a great conversation with Guy Birtwhistle, whose film, Alistair1918, debuted at this summer’s San Diego Comic Con International Film Festival.

Check out the trailer for Alistair1918: In Alistair1918, a World War One soldier accidentally time travels to present day Los Angeles. Filthy and penniless, with no way to prove his identity, he struggles to find a way back to his wife in 1918. When a group of would-be documentary filmmakers encounters Alistair, they take interest in his odd story, and attempt to assist him. Even as the soldier’s origin strains belief, though, the situation strains the personal relationships for all involved. Can a few friends barely making ends meet manage to help a man out of time, without tearing themselves apart in the process?

Alistair1918 is an independently produced and distributed science fiction film.

The story is told on a very intimate scale, with just a few characters. It’s an excellent example of how a genre tale can be powered by character and emotion, rather than enormous budgets and special effects.

The film was written and produced by Guy Birtwhistle, who also plays the role of the displaced soldier Alistair. Working on a micro-budget of around $30,000, Guy managed costs with meticulously plotted shoots, and short bursts of production over a year’s time. He gathered a small cast of versatile actors, some of whom also handled production roles. This includes the film’s director, Annie McVey, who stars as “Poppy”. The film also features actors Tom Cano and Amy Motta.

Alistair1918 is available for rental or purchase on Vimeo now.

Guy and Adron talk in depth about the creation process for the film. They discuss the experience of debuting at the SDCC Film Festival. Guy describes his method for dividing production into small sections over time to diminish costs and scheduling issues. He and Adron talk about his career as a working actor in LA. And they explore ways ambitious creatives can make their day jobs work for their endeavors, rather than against them.

More from Guy Birtwhistle and Alistair1918