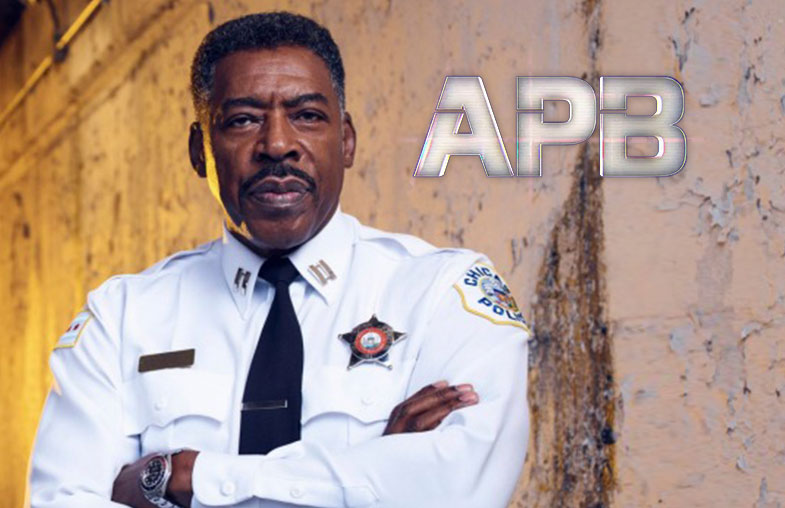 In this episode, it’s our pleasure to talk with a pop-culture icon, actor Ernie Hudson. Film fans will of course know him from his role as Winston Zeddmore in Ghostbusters and Ghostbusters II, and also as Sergeant Albrecht from the 1994 cult classic The Crow. Ernie has an enormous body of work in film, television, and also animation voiceover, and he’s been very busy working across three different current television series.

He’s a co-star on the hit Netflix original series Grace & Frankie, opposite Jane Fonda and Lily Tomlin. He’s part of the FX comedy Graves alongside Nick Nolte and Sela Ward. And this Monday, April 24th, 2017, he wraps the first season of the action series APB, on Fox.

APB – a Police Drama with a High-Tech Twist

APB wraps its first season on Monday, April 24th at 9:00pmET/8:00pmCT central on Fox. You can stream full episodes now on Fox.com and on Hulu.

We talk about Ernie’s long history as an actor and how he keeps the work rewarding. We discuss being a steadily working professional whose name carries the weight of a beloved franchise. And Ernie talks about the fun of moving between different shows filled with fresh faces, and legendary veterans. Inspired by the New York Times Magazine article “Who Runs the Streets of New Orleans?,” by David Amsden, APB is a new police drama with a high-tech twist from executive producer/director Len Wiseman (LUCIFER, SLEEPY HOLLOW) and executive producers and writers Matt Nix (“Burn Notice”) and Trey Callaway (“The Messengers”).

Sky-high crime, officer-involved shootings, cover-ups and corruption: the over-extended and under-funded Chicago Police Department is spiraling out of control. Enter billionaire engineer GIDEON REEVES (Emmy Award and Golden Globe nominee Justin Kirk, “Tyrant,” “Weeds”). After he witnesses his best friend’s murder, he takes charge of Chicago’s troubled 13th District and reboots it as a technically innovative police force, challenging the district to rethink everything about the way they fight crime.

Becoming the city’s most advanced police district isn’t easy. Gideon knows if he’s going to change anything, he needs help, which he finds from DETECTIVE THERESA MURPHY (Natalie Martinez, “Kingdom,” “Under the Dome”), an ambitious, street-smart cop who is willing to give Gideon’s technological ideas a chance.