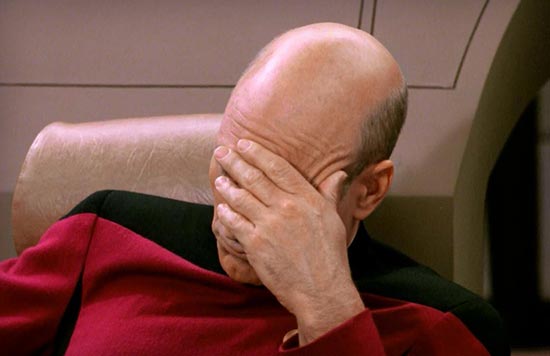 So you’ve decided to be a blogger, podcaster, author, musician, actor, content creator, insert-whatever-here in the public eye. You produce some kind of content or product, and push it out to the world, attaching a bit (or a lot) of your personality and self-worth to it. You hustle and self-promote, produce and share, hope to get noticed and pray to be appreciated when it happens.

Chances are, though, that eventually you’re going to make a mistake. Whether an off-hand comment that blows up in your face, a business decision that goes south, or an ill-advised technical choice. You say the wrong thing. Choose the wrong action. And then you get called on it. Maybe it’s a polite and professional message saying, “hey, there’s a problem”. That’s best case scenario. Often, probably too often, it comes in the form of angry backlash.

I screwed up! So what do you do about it?

Need a concrete example (that’s particularly applicable to bloggers and online content creators)? Here’s how a couple of my honest but stupid mistakes caused us a bunch of headaches:

While putting together the blog page and promo graphic for a recent podcast, I made a couple of dumb, rookie mistakes. The podcast had several guests. I went to their webpages, where applicable, to pull headshot photos for use on the podcast blog page and supporting social media graphics.

For three of the guests, I found what looked to be approved promotional photos – the kind most media personalities make available. The fourth guest didn’t have a promo photo, but we are friends on Facebook, so I looked through his photo collection and found a face-focused picture that didn’t include his family (rare in his feed).

Mistake #1: I didn’t notice that one of the guest’s headshots contained a photographer’s watermark in the bottom corner. When dragging it into my Photoshop templates (which I use to quickly create standardized images for our site) I cropped out the attribution mark.

The guest used this particular photo on various sites, including their official webpage and publisher site. I wrongly assumed the photo was a promotional shot available for standard marketing use and, as mentioned, didn’t take note of the mark when cropping. So we ran a promo graphic and blog page bio with a cropped, non-attributed photo.

This was a mistake, that I made. I should have gone directly to the source and asked for an approved method/photo, but I assumed the readily available image was fair game, and used it. (Insert the common adage about “assume”.)

Mistake #2: When I pulled the photo of the other guest from Facebook, I failed to notice that the picture wasn’t produced or posted by him, but instead by a third party. This was a stupid, lazy oversight. The picture wasn’t attributed or watermarked, and had a candid quality to it. I forgot that tagged photos from other users will show up in your Facebook photo feed. In my haste to get the page and graphics put together, I failed to see that it was posted by somebody else.

This group of photos was used on our blog page, and in a few social media posts, to promote our guests and their works. A few days after the podcast went live, I received a phone call from one of the guests mentioned above. He told me all the guests on the podcast loved the interview and appreciated us promoting them and their work. BUT, he’d been contacted about the photos we used (see Mistakes 1 & 2). One of the photographers was upset and wanted them pulled.

A few minutes later, the photographer contacted us via Facebook and Twitter. They were quite angry to see their photo used without permission or attribution.

We apologized, and acknowledged our (MY) mistakes as politely and professionally as we could. I felt bad for the error, and dumb. As quickly as possible, we removed the images from our site, and deleted the social posts that had included them as part of the promo graphics. It took perhaps 30 minutes from initial contact for complete removal of the photos.

It never feels good to make a mistake. It feels worse to have it pointed out. It can be a struggle, even in business situations, to reign in your emotions and remain professional.

Above all, when handling a mistake, you must retain a calm and professional demeanor. Be honest but judicious with your words. Explain yourself but don’t argue. If you feel attacked, the urge to be defensive might be intense. However, you’ll only harm yourself (and your brand) by giving in to those emotions.

It’s useful to look at it from the offended party’s viewpoint, too. People are passionate about their work and art, and artists and creators should be sensitive about having their work appropriated. They may perceive themselves as being stolen from or taken advantage of, which can lead to highly emotive communication.

We have an article here on Nerd For A Living highlighting ways to fight against having your work used or sold without your permission. (In this situation, the photographer actually followed several of the steps we listed.)

For 10 of the years I worked in radio, I had the same fortune cookie paper taped to my computer monitor, an everyday reminder to manage my own mouth. It read:

“Strong and Bitter Words Indicate a Weak Cause”

It was a reminder that – when attacked, diminished or distressed – my choice of words, my tone of voice, they say a lot about the strength of my position and character. The high road isn’t always easy, and sometimes it is slower and less satisfying in the short term. But eventually you are on firmer, higher ground.

As always, it sucks screwing up. But if you get good at learning those lessons, you will hopefully make fewer mistakes. 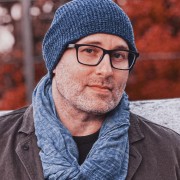