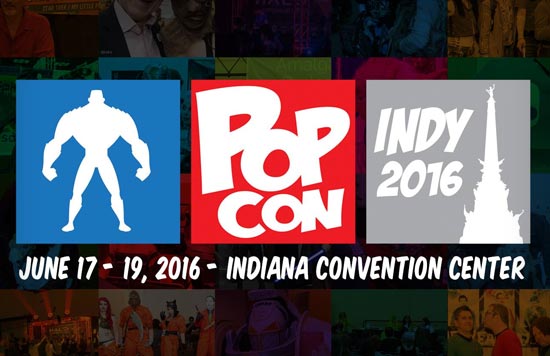 Indianapolis, Indiana, plays host to Indy PopCon 2016, a pop culture convention at the Indiana Convention Center. The show takes place June 17th-19th. Nerd For A Living’s Wendy Buske will be at the show to present our signature “How to be a Nerd for a Living” panel. She will also be moderating the Gotham fan panel, featuring actor Drew Powell.

How to be a Nerd for a Living

Do you want to build a career in the “nerdy” industry you love, but you’re not sure where to begin? This panel of professional “Nerds for a Living” will share anecdotes and actionable, realistic advice about a variety of careers that exist within gaming, comics, animation, and more. Come learn about the realities of the career you want from those already living it. Find out how our guests got their start, and learn what it takes to create a path to the career you want. Guest speakers include:

FOX’s Gotham may be a down-and-dirty town where you can’t trust anyone, but not so much Indy PopCon. Join us here for a tell-all panel with actor Drew Powell, who portrays the infamous Butch Gilzean.

Frank Gioia’s Indy PopCon appearance has been cancelled because of a professional obligation.

Frank Gioia (CrankThatFrank) tells all about his rise to YouTube fame and the awesome things he’s seen while becoming an internet sensation.