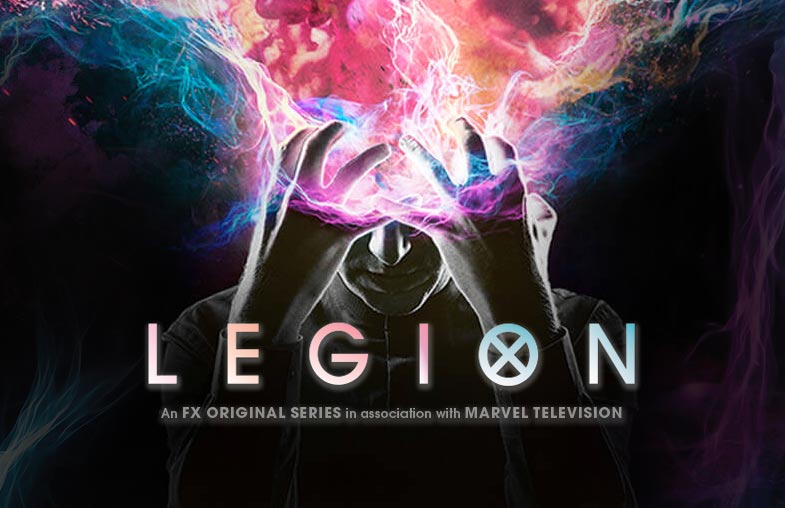 In this episode, Adron talks with Michael Wylie, the production designer for the new FX television series from Marvel, Legion. It’s a remarkable series with a non-linear story, incredible design and music, and stellar performances. It’s by turns fascinating, disturbing, and intriguing. It will keep you glued to the screen and constantly questioning reality.

New episodes air Wednesdays at 10:00pm on FX. The first episodes of Legion are available now on Hulu and On Demand for you to catch up if you haven’t seen the show.

Legion’s production designer Michael Wylie has been in the industry for decades, working in film and TV. Some of his notable work includes Marvel’s Agent Carter, Grimm, Men in Black 2, The Tick, and one of our all-time favorite shows, Pushing Daisies.

We had this conversation while Michael was on location in Georgia, riding in the back of a van between sets. Because of that, there’s some choppy audio. But it’s great to learn about what a production designer does, how he got into the field, and what it’s like working on a show as unique as Legion.

Legion, based on the Marvel Comics by Chris Claremont and Bill Sienkiewicz, is the story of David Haller (Dan Stevens), a troubled young man who may be more than human. Diagnosed as schizophrenic as a child, David has been in and out of psychiatric hospitals for years. Now in his early 20’s and free once again, David loses himself in the rhythm of the structured regimen of life in the daily life: breakfast, lunch, dinner, therapy, medications, sleep. David spends the rest of his time in companionable silence alongside his chatterbox friend Shannon (Aubrey Plaza), a fellow patient whose life-long and alcohol addiction has done nothing to quell her boundless optimism that her luck is about to change. The pleasant numbness of David’s routine is completely upended with the arrival of a beautiful and troubled new patient named Syd (Rachel Keller). Inexplicably drawn to one another, David and Syd share a startling encounter, after which David must confront the shocking possibility that the voices he hears and the visions he sees may actually be real.