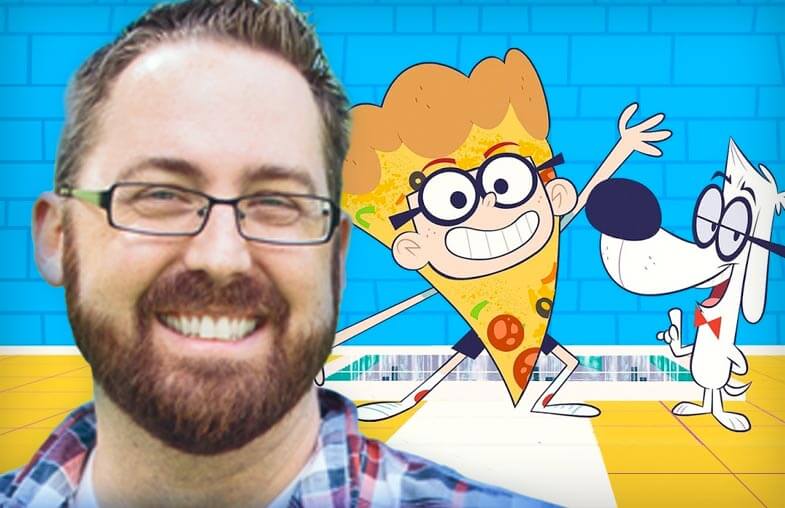 In this episode, we talk with Mike Collins, a 12-year veteran of the animation industry. Currently, he’s a digital clean-up artist at DreamWorks Animation, where he worked on four seasons of The Mr. Peabody & Sherman Show for Netflix.

Mike’s impressive resume includes Adventure Time, Sym-Bionic Titan, Class of 3000, and several iterations of Ben 10, including the original series and Omniverse. He worked on TV movies for The Powerpuff Girls and Foster’s Home for Imaginary Friends, and on the award-winning Electric City series from Tom Hanks.

This interview was recorded earlier this year after Mike appeared on our animation panel at Emerald City Comicon. Since that time, he has also shared a stage with us at San Diego Comic-Con. Mike’s an entertaining guy with a wealth of experience. He advanced through the animated ranks through hard work and dependability, and by seizing eclectic opportunities. We talk about the importance of cultivating personal connections and building teams of people who love working together. Mike explains how a behind-the-scenes TV special laid the groundwork for his career in cartoons, and also what exactly he does as a “digital clean-up artist”.

Once described by actor Nathan Fillion as has having “actual talent,” Mike Collins has spent the last 12 years working in Television Animation for such Cartoon Network shows as The Mis-adventures of Flapjack, The Powerpuff Girls, Adventure Time, Sym-Bionic Titan, Ben 10: Omniverse and Emmy-winning shows Class of 3000 and Foster’s Home for Imaginary Friends. He was part of the award-winning production crew at 6 Point Harness on Tom Hanks’ web-series “Electric City.” Currently at DreamWorks TV, he was involved in the award-winning Mr. Peabody and Sherman Show for Netflix and is on a top-secret yet-to-be-announced project.