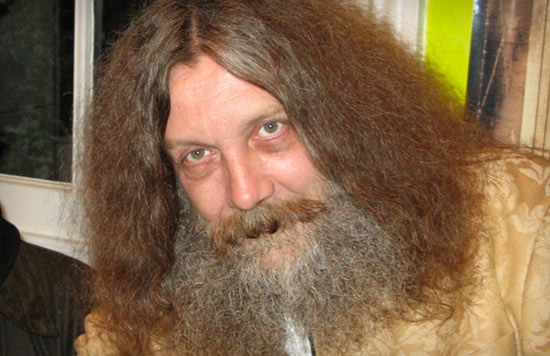 Here’s one from the archives: Nerd For A Living podcast host Adron Buske was previously the producer for Rocketbot Radio, a podcast for comic creators of all ages, skills and genres at the now defunct Rocketbot.com. This episode, with Rocketbot cohost Gene Kelly, originally ran on Rocketbot Radio.

Several years ago, while working in broadcast radio, Adron received the amazing opportunity to interview comics luminary Alan Moore. The acclaimed British scribe was promoting his then-latest book, the controversial Lost Girls. Adron’s 40-minute interview with Moore covers that 3-volume work of “literary erotica” as well as his other comic masterworks Watchmen, V for Vendetta and much more.

Writers and sequential artists should be particularly interested to hear Moore’s thoughts on creating comics, artist collaborations and the time investment to produce Lost Girls.

The original interview was recorded in 2008, but Moore is a fascinating speaker and his comments are still relevant to comic creators – and the greater comics audience – today.

Alan Moore is an English writer primarily known for his work in comic books including Watchmen, V for Vendetta, and From Hell. Frequently described as the best graphic novel writer in history, he has been called “one of the most important British writers of the last fifty years”. Moore started writing for British underground and alternative fanzines in the late 1970s before achieving success publishing comic strips in such magazines as 2000 AD and Warrior. He was subsequently picked up by the American DC Comics, where he worked on major characters such as Batman (The Killing Joke) and Superman (Whatever Happened to the Man of Tomorrow?), substantially developed the character Swamp Thing, and penned original titles such as Watchmen.

Despite his own personal objections, his books have provided the basis for a number of Hollywood films, including From Hell (2001), The League of Extraordinary Gentlemen (2003), V for Vendetta (2005), and Watchmen (2009). Moore has also been recognized as an influence on a variety of literary and television figures including Neil Gaiman, Joss Whedon, and Damon Lindelof. (Bio via Wikipedia.)