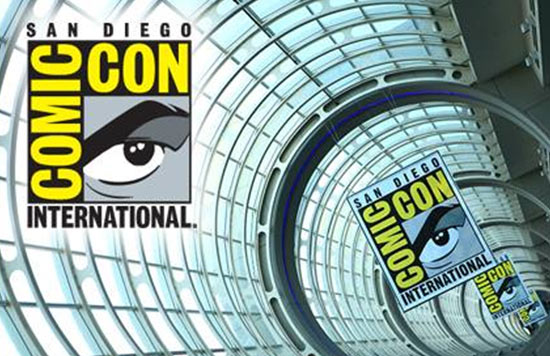 Nerd for a Living is excited to announce that we have been added to the San Diego Comic-Con panel schedule! If you will be attending SDCC on Friday, don’t miss this fantastic line-up of industry professionals in Room 4.

How to Be a Nerd For a Living: Career Paths Within Nerd Culture

Want to work in a fandom-related industry you’re passionate about, but not sure where to start? These professional “Nerds for a Living” will discuss careers within gaming, film, comics, illustration and more. Our speakers will share their career-building experiences. Topics include training, online resources, networking, and tactics to use (and avoid) for breaking into your dream industry. Moderated by Wendy Buske (marketing director, Nerd For A Living). This panel will conclude with an audience Q&A. Brad Herman leads a new group for DreamWorks Animation focusing on Mobile, Immersive, and Interactive storytelling. Brad brings 16 years of experience in Games, Animation, and Visual Effects to the group. Most recently he headed the Crowd Animation Department on Turbo and Kung Fu Panda 2. An indie game developer himself, he has several titles in app stores and teaches classes at the studio on how artists can build their own Mobile Apps. Previously Brad focused on using Artificial Intelligence in film production for digital extras — his work was seen in Pirates of the Caribbean: At World’s End, Flags of Our Fathers, X-Men, Speed Racer, and many others.

Read more about Brad on the Dreamworks site. Claire Hummel grew up in LA, went to school in Rhode Island, and ended up in Seattle where she now lives with her two snakes, Xoco and Rodney. Claire has worked in the games industry for the past six years, working on projects like Bioshock Infinite, Sunset Overdrive, and Fable Legends, and now works as a production designer for HBO digital products. She’s pretty psyched about it.

Check out her online portfolio. Check out his IMDB page. Tom Kurzanski is the art director for massively popular online T-shirt store TeeFury. Tom is an illustrator with more than ten years of professional experience, and a degree in film and creative writing. From an early age, Tom’s aspiration became “to entertain”. Though that has not changed, time has cemented the realization that through entertainment – whether illustration, animation, voiceover, puppetry or film – we have the capacity to open minds and learn, accept new ideas, and escape. Globe-trekking during his formative years led to an appreciation of different cultures and regions, with which he combines his passion to amuse in order to create works with wide appeal. Pat Loika is a writer and illustrator based out of San Diego, CA. He hosts the Loikamania Podcast, focused on comics, pop-culture and creator interviews. He also dabbles in photography.