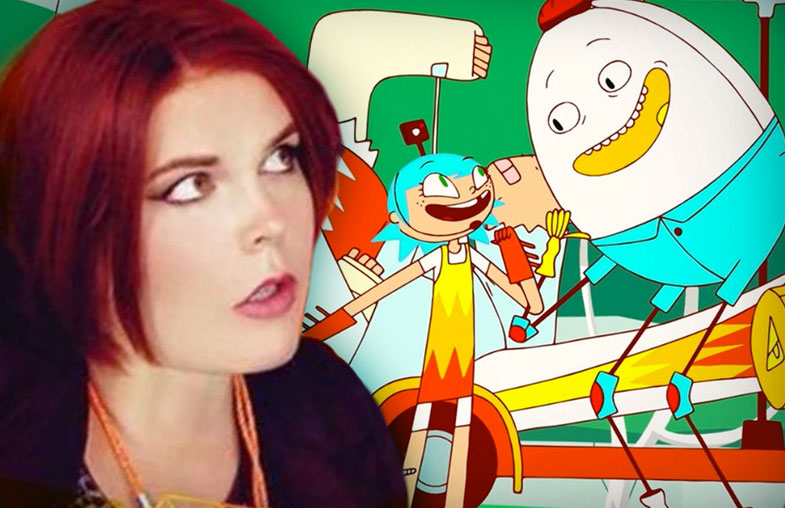 Shadi Petosky is a writer, comics creator, animator, and showrunner, and the co-founder of interactive media and animation studio, Puny Entertainment.

The voice cast includes a ton of notable actors and voice over artists, including Stephanie Beatriz, Kimberly Brooks, Jasika Nicole, and Felicia Day. Chris Hardwick is an executive producer for the program and also provides voices.

Danger & Eggs has been nominated for a Critic’s Choice award, an Annie Award, and a GLAAD award. It’s been widely praised for the inclusion of LGBT characters and themes. However, as of the time of this recording, Danger and Eggs has not yet been confirmed for a second season by Amazon.

Shadi also has a number of other projects in production, notably the recently announced animated series Twelve Forever, coming to Netflix in 2019.

We talk about how she made the leap from comics to animation by way of a small digital agency in Minneapolis, the genesis and development of Danger & Eggs, how new streaming avenues compare to traditional studios for animated projects, and a lot more.