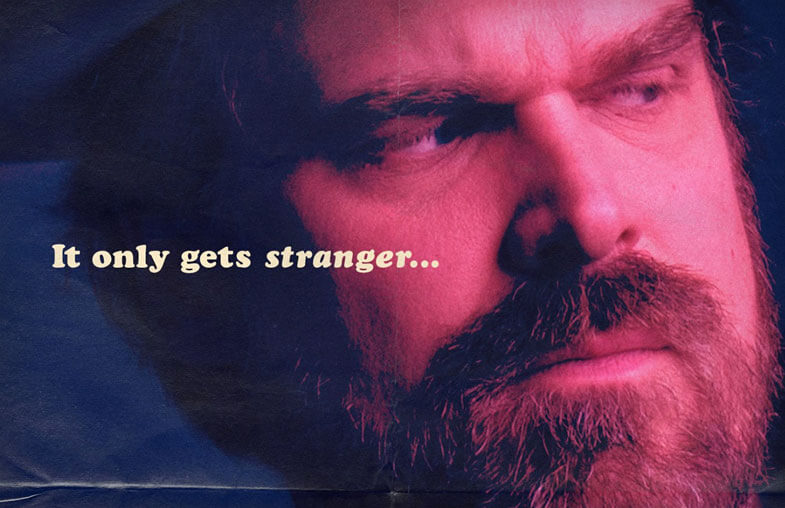 This episode is a rebroadcast of our August 2016 conversation with Stranger Things star, David Harbour.

Netflix’s massive breakout hit returns this week (October 27th) with Stranger Things season 2. David reprises his role as Sheriff Jim Hopper, the reluctant, brash, mess of a hero who mandates that mornings are for “coffee and contemplation”, and that difficult situations call for punching.

David got his start on Broadway, and was nominated for a Tony award in 2005. He’s also appeared in a ton of movies and TV shows, including Quantum of Solace, The Equalizer, End of Watch, and Suicide Squad.

This conversation was recorded just after Stranger Things blew up in summer of 2016. David and Adron discuss how he became attached to the project, and his reaction to its surprising success and intense fan adoration. We talk about the differences between acting for stage and screen, and the sudden spotlight after years of character work. And we realize just exactly which type of adventurer Sheriff Hopper would be in a Dungeons and Dragons campaign party.